David Kosse departs from Netflix as VP of International Film

IIFA returns to Abu Dhabi in February for 23rd edition

Axe Pictures's short film, Halawa, is competing in the Muhr Gulf Short competition while its feature film, The Flower Men, is participating at the Dubai Film Market (DFM). 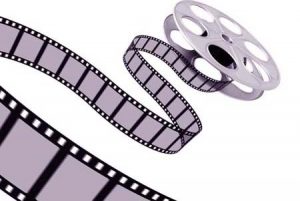 Its not too late to watch two productions from Axe Pictures, a partner of the Arab Cinema Center (ACC), at DIFF this year.

A short film titled Halawa (Lollipop) by Director Hanaa Saleh Alfassi, is competing in the Muhr Gulf Short competition, and a feature film titled The Flower Men by the same director has been selected to participate in the Dubai Film Market (DFM). Halawa is produced by Hanaa Saleh Alfassi and Shannon Emigh, co-founder of Axe Pictures in the U.S, and co-produced by Alex Lampsos and Malika Frikouk, the Executive Producer and Co-founder of the Moroccan branch of the company. The film was partly funded by Enjaaz, Dubai Film Market’s production support programme. The film follows a 14-year-old Muslim girl, who has to wear a full black niqab with the onset of puberty.

The Royal Film Commission – Jordan (RFC) has selected the feature film project The Flower Men to participate in DFM after its participation in the regional programme Med Film Factory with the help of directors and producers Hanaa Saleh Alfassi and Waleed Bedour. The film tells the story of a curious photojournalist, who lives in a hostile remote Saudi village and finds himself under suspicion when the mayor’s son is murdered. Axe Pictures is a production house that was founded in 2007 by producers Malika Frikouk, Hanaa Saleh Alfassi and Shannon Emigh. Running branches in Morocco, KSA and U.S., the company specialises in bringing diverse stories with often unusual perspectives to the screen.