Aiming for the stars

Virtual production: A field guide to the future of filmmaking

CastLabs to keep focus on hybrid video solutions at CABSAT

While both platforms will show the four major channels from beIN, Etisalat boxes have a minor advantage over du because its boxes support 4K. This year, viewers can access beIN 4K for an additional cost of AED38. 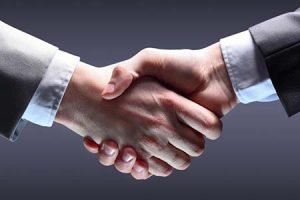 beIN Media Group has confirmed two-year deals with UAE telco operators, du and Etisalat, allowing both to rebroadcast the FIFA World Cup Russia 2018 event on their respective platforms for AED555 (approximately 150). Both have the ability to rebroadcast all four of beINs SPORTS MAX HD channels to their entire IPTV customer base in the UAE.

Etisalat, however, has a small advantage over du as its boxes support 4K and beIN is offering its UAE viewers the chance to view the FIFA World Cup in ultra-HD this year at an additional cost of AED38. With du boxes presently not supporting 4K, the UHD feature is only available to Etisalat’s subscribers.

Speaking about the agreement, Tom Keaveny, Managing Director of beIN MENA, said: We are thrilled to extend our long-term relationship with Etisalat and du to provide viewers with access to the beIN FIFA World Cup. Viewers will have access to all 64 matches across four dedicated channels, bringing the best action in the world straight to their TVs, mobiles and tablets. This two-year deal kicks off a hugely exciting period for sports fans around the world and were delighted to be at the centre of the action.