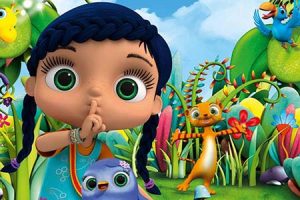 German media companies Studio 100 Media and m4e are joining forces with Dubai-based MBC Group for a deal that covers TV, digital media and consumer product rights for the CGI preschool series Wissper in the Middle East and Northern Africa territories.

About a seven-year-old girl, born with the magical ability to whisper to animals, Wissper is a CGI German-English children’s animated television series.

Broadcast of the adventures of the little girl has reportedly started on MBC3 and the first roll out of the consumer product programme will be in fall 2018 with Simba Toys Middle East.