Film production company, Pi Events & Production has announced the completion of English feature film "Louder", a romance based in Dubai. 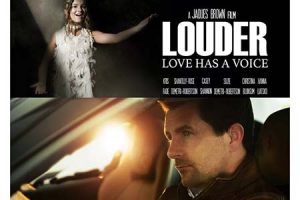 The film shot by DoP Shane Cairn follows self-made millionaire Killian who takes a vow of silence following a tragic event. The vow is disrupted by 12-year-old Zoe as she forces her way into his silent world with her larger-than-life persona while struggling to find her own voice in a world dominated by her mothers fame. The films protagonists include Casey Shannon, Shantilly Demetri-Robertson, Suzie Demetri-Robertson, Kris Fade, Christina Blunsum and Hanna Liatsko.

Speaking about the cast and crew, producer Simran Madaan said: We have an incredible mix of nationalities, more than 40 people from all over the world – Irish, Emirati, Indian, Philipino, Belarus, British, Egyptian, German, American, Canadian and Columbian, among other nationalities. The film has been shot all over Dubai. Director Jacques Brown wanted to tell a story that reflects Dubai and how cultures live side by side with respect, celebrating each others traditions and way of life.

The film is currently undergoing post-production under the supervision of Jacques Brown.

Giving an overview of the timeline, Madaan said: We started putting the team together in January, approaching sponsors, finishing off the script and rehearsing. The first day of shoot was on the 28 April 2018 and we wrapped the shoot on 31 May 2018.

Making a special mention of help received from Dubai Film TV Commission (DFTC), Madaan added: The DFTC was very co-operative supporting us in gaining the required permits. All our sponsors and their teams were very professional and went out of their way to give us what we needed to shoot when we were on their locations.