Priyanka Chopra teams up with chef behind popular Dubai restaurant

Jordans appointment is a result of the NRG (Next Robe Generation) initiative in which he has been actively engaged throughout his academic career. 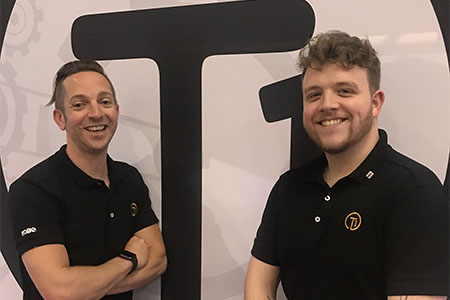 Robe has announced the appointment of Jordan Tinniswood to the international exhibition team.

Jordans appointment is a result of the NRG (Next Robe Generation) initiative in which he has been actively engaged throughout his academic career.

Jordan joined the Robe team at the beginning of June, just as he was completing his final year studying Lighting Design at Rose Bruford College, and takes on the role of Lighting & Media Technician working alongside Nathan Wan, Andy Webb and Tomá Kohout.

Jordan is stepping into a newly created role to help the team with their significant workload as projects for Robe. His first project was realising the design of the T1 Rube Goldberg machine which was the much-applauded centrepiece of Robes stand at the recent ABTT Theatre Show in London, inspired by the American cartoonist, sculptor, author, engineer, and inventor.

Jordan has since gone on to programme international theatre workshops which have taken place in Belgium and the Netherlands and will be on the road again with these in Singapore and Australia later in the year. He has also assisted with the new T1 product video and will shortly be assisting the team in the studio as they create the product video for the Robe SilverScan  celebrating 25 years of Robe lighting fixtures and their continuing evolution.

Jordan will be heavily involved in the design for the PLASA London stand in September before heading over to Las Vegas for LDI at the end of the year.

Nathan Wan, Media & Lighting Designer, Robe, said: Weve been in touch with Jordan ever since he was Assistant LD at the TPI Awards 2018. He secured that role as an active member of the NRG initiative, and his skills were clearly evident then, even though he was only in his second year at university.

Since then hes worked with us on the show at Frankfurt this year and he interviewed for this position shortly after that. We knew by then he was a team player; he understands the types of projects on which we work on, the energy and pace and we could see that he would blend seamlessly into our team, so we offered him the job. And so far so good!

Commenting on the appointment, Jordan added: I became involved with NRG as soon as I was aware of it. It has opened numerous doors and Ive met and got advice from some seriously inspiring industry professionals who I wouldnt have dreamt of meeting at this stage in my career! And I appreciate everything that Robe has offered me to develop my career as a student through the Next Robe Generation. Now, I get to work for them.”

Ive always wanted to do everything and not necessarily follow a particular discipline or genre of lighting design. I know this will be dynamic and perfect for me, and Im looking forward to working for, and learning all that I can from Nathan.