Get ready to head to Amsterdam for IBC2022

Editshare delivers solutions for prominent projects in the Middle East 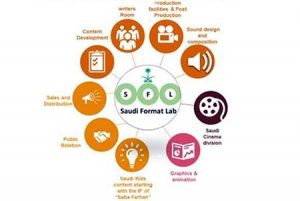 Stressing that Arab content needs to travel internationally to expand audiences and improve ROI, Khulud added: The Saudi Format Lab is an aggregation of the nine best Saudi start-up media companies and professional young talents in Riyadh and Jeddah under one umbrella that covers key sectors of content development and audiovisual production. Our focus is on creating Saudi and Gulf-based content around women and youth.

Late last year, Arab Format Lab partnered with DISCOP Dubai to unveil the Arab Format Accelerator, a matchmaking and pitching programme facilitating the commerce of TV adaptation rights into the Middle East. Among the other initiatives Arab Format Lab is reportedly working on include the setting up of writers rooms in Jeddah, Dammam and Riyadh with experts from the BBC and LA working with local writers. The lab is also initiating a travelling Saudi theatre with help from talent sourced from Broadway and Egypt.

Khuluds team is also reportedly working on a multi-digital platform with Microsoft for talent development that will go towards producing the first user-generated movie in Saudi Arabia and the Middle East. A talent show with a broadcaster and local telco is also in the works that will incorporate coaching sessions on various aspects of making cinema.

Previously, Khulud had stated that demand for high quality Arabic content in the region has increased by almost 40% between 2011-2016, while western dramas share of viewing decreased by an average of 55%, creating opportunities for regional producers to dominate the airwaves and secure their share of the market.