by Staff Reporter
in Products
ShareTweetPostEmail

The company will be highlighting the SmartRail ceiling-mounted robotic track system at its stand. On the manual side, Shotoku will introduce a new series of ENG/EFP camera support tripod systems to the European market. 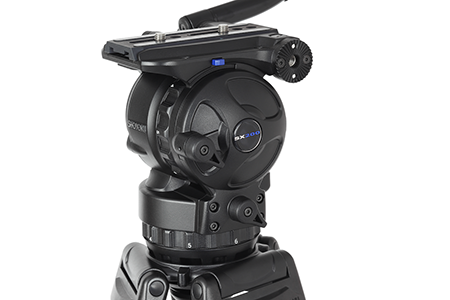 Shotoku Broadcast Systems, a manufacturer of robotic and manual camera support systems, will be showcasing its product portfolio at Stand 12.E42, IBC, at the RAI in Amsterdam.

The company will be highlighting the SmartRail ceiling-mounted robotic track system at its stand.

The SmartRail, which can also be configured for floor operations, will join the Companys other Smart solution, SmartPed, a fully robotic XY pedestal installed in on-air environments worldwide.

On the manual side, Shotoku will introduce a new series of ENG/EFP camera support tripod systems to the European market.

Shotoku changed the playing field from the floor to the ceiling in 2015 when we installed our first ceiling track system with full elevation control – and that same system has been on-air every day since, commented James Eddershaw, Managing Director of Shotoku UK.

We will be showing new products as well as upgraded features, but weve found that customers also want to see systems that have been fully proven in the field, so we are proud and excited to bring Ceiling SmartRail and SmartPed to IBC. Today Shotoku has successfully installed SmartRail and SmartPed systems all around the world, at a wide range of clients from small studios to large broadcast facilities. They all benefit from the high levels of performance and flexibility customers have come to expect from Shotoku.

On display at IBC will be the SmartRail which can be mounted on the ceiling and provide an extended elevate/descend range as well as dolly drive allowing the camera to descend to eye-level and elevate for higher-level sweeping shots, all with a fully integrated motion under a single Shotoku control system.

SmartRail can also be mounted on the floor. The design of the elevation column makes it possible to raise cameras to several heights while retaining stability.

Elevation control works upright for floor-tracks or inverted for ceiling-tracks to allow maximum creativity in production design. Installations come with a range of elevation columns to suit almost any application and budget.

As with all Shotoku robotics systems, SmartRail has been deployed and on-air with VR/AR tracking data output, regardless of elevator size or track shape, floor or ceiling mounted.

Design and installation of a ceiling track system is different to other types of robotics installations; its even different from other track systems. A ceiling system requires an understanding of the key design elements and planning of the shape and positioning of the rail, as well as the optimum elevation column range. Having been supplying ceiling track systems to leading broadcasters for many years, Shotokus experienced engineering team are uniquely qualified to assist in the design of the best solution and address the challenges by engineering a well-designed, capable system, Eddershaw added.

Also on display will be Shotokus SmartPed Robotic Pedestal which promises to support the creative and commercial demands of channels in on-air environments.

The TG-18 PT head designed for studio applications requiring a full-size payload and instant switchover between manual or remote operation will be on show with its fully integrated electronic control system.

The same CMC electronics module used on all standalone TG-18 systems can now optionally be embedded within the body of the TG-18 itself, providing a compact unit with AC power and network connections directly to the head. Fully compatible with the traditional external CMC solution the TG-18i provides added choice for customers dependent on the configuration of their system.

Also on display will be the new LiveView option using a secondary IP video camera to provide a wide-angle scene view for each camera. Operators can use the LiveView image to control and command the robotic systems to new positions  without needing to pre-store the position. The LiveView option also opens up the TR-XT to future support of Shotokus auto-tracking face recognition systems.