Viacom to launch Paramount+ in March

SpaceX set to complete the first Starlink launch of 2021

With a launch foreseen in late 2023, the mission will have a duration of 100 Earth days, covering three cycles of lunar day and night. 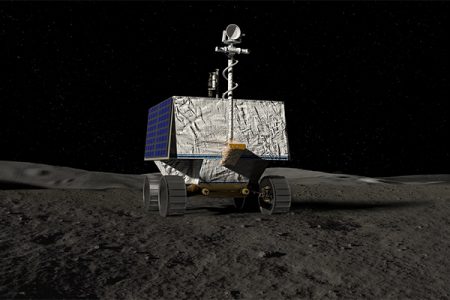 With a launch foreseen in late 2023, the mission will have a duration of 100 Earth days, covering three cycles of lunar day and night. Thales Alenia Space, a joint venture between Thales (67%) and Leonardo (33%), has signed a contract with US space agency NASAs Johnson Space Center (JSC) for the delivery of the X-Band Transceiver and X-Band Diplexer, which will ensure communications for the Moon rover Volatiles Investigating Polar Exploration Rover (VIPER).

A critical step to human space exploration, NASAs lunar rover will explore the South Pole of the Moon in search for water ice and other potential resources by means of its three instruments and a 1-meter (3.28-foot) drill.

The data collected by the rover will show where the Moons water ice is most likely to be found and easiest to access. The first water maps of the Moon will mark a critical step forward in NASAs Artemis programme to establish a sustainable human presence on the surface of the Moon later this decade.

Furthermore, the exploration of lunar resources to produce oxygen and propellants could enable new mission architectures to human space exploration. The VIPER rover will be delivered to the Moon as part of NASAs Commercial Lunar Payload Services (CLPS).

With a launch foreseen in late 2023, the mission will have a duration of 100 Earth days, covering three cycles of lunar day and night. Direct-to-Earth communications from the Moon surface Thales Alenia Space in Spain will design, manufacture, test and deliver the X-Band Transceiver and XBand Diplexer, which are responsible for the rover communications with direct links between the lunar rover and Earth over NASAs Deep Space Network.

We are thrilled to collaborate with NASA on the VIPER mission, which will search for water on the Moon, a critical element to future human exploration endeavours, said Eduardo Bellido, CEO of Thales Alenia Space in Spain. This contract with NASA reflects our leadership in space communication systems and our competitiveness in delivering state-of-the-art communication equipment for all type of space missions to customers around the world.

VIPER is the fourth mission to the Moon in which Thales Alenia Space in Spain participates to provide key communication equipment. Starting back in 2003 with SMART-1, the first mission to the Moon of the European Space Agency (ESA), the company also contributes to the Korea Pathfinder Lunar Orbiter (KPLO), the first step of the Korean Lunar Exploration Program, as well as to the NOVA-C lunar lander being developed by Intuitive Machines to compete for NASA CLPS awards.

Building on its comprehensive heritage in the development of space communications equipment for all type of space missions, Thales Alenia Space in Spain has contributed to 600 satellites, space probes and cargo vehicles from Low Earth Orbit (LEO) to the L2 Lagrangian point at 1.5m km from the Earth.