Psychological thriller ‘Farah’ to release in UAE cinemas on December 1

The completion of JWSTs L2 insertion burn marked the end of the telescopes mid-course correction burns, all three of which were completed successfully. 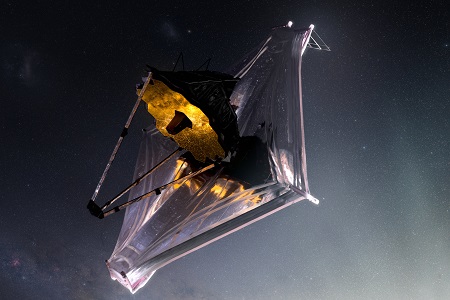 NASA’s James Webb Space Telescope arrived at its gravitational parking spot in orbit around the sun, nearly a million miles from Earth.

James Webb teams and engineers have confirmed that the burn to insert the observatory into a Halo orbit around Lagrange Point 2 appears to have been completely nominal.

JWST observatory commissioning manager Keith Parrish in a NASA media teleconference said: “This afternoon our team fired what we call our station keeping thruster. They fired that thruster for five minutes and we put about 1.5 m/s in, which pretty much caps off all of our mid-course correction maneuvers along the way (to L2).”

Additionally, teams completed numerous other tasks throughout the week leading to orbit insertion.

Parrish added: “We got all of our mirrors out of their launch configuration [this week]. The spacecraft team has continued to put the spacecraft through all of its paces, and the flight operations team, mission operations team, and all of our engineer teams have really become comfortable with operating Webb and continuing to get to know it. Also in the past few days, weve gotten our high-speed data system up and running. We can now transmit at the high data rates we need to get all that awesome science data back down to the ground when we start doing science. The last 30 days have been absolutely remarkable, and weve got it behind us and its an incredible accomplishment by the entire team.”

The thruster was activated by mission control engineers at the Space Telescope Science Institute in Baltimore, with radio signals confirming Webb was successfully “inserted” into its desired orbital loop around L2.

From there, Webb will follow a special “halo” path that keeps it in constant alignment with Earth but out of its shadow, as the planet and telescope circle the sun in tandem. The prescribed L2 orbit within the larger solar orbit thus enables uninterrupted radio contact, while bathing Webb’s solar-power array in non-stop sunlight.

By comparison, Webb’s 30-year-old predecessor, the Hubble Space Telescope, orbits the Earth from 340 miles (547 km) away, passing in and out of the planet’s shadow every 90 minutes.

The combined pull of the sun and Earth at L2 – a point of near gravitational stability first deduced by 18-century mathematician Joseph-Louis Legrange – will minimise the telescope’s drift in space.

Bill Ochs, Webb project manager at NASAs Goddard Space Flight Center, stated: “During the past month, JWST has achieved amazing success and is a tribute to all the folks who spent many years and even decades to ensure mission success. We are now on the verge of aligning the mirrors, instrument activation and commissioning, and the start of wondrous and astonishing discoveries.”

Now that Webbs primary mirror segments and secondary mirror have been deployed from their launch positions, engineers will begin the three-month process of aligning the telescopes optics to nearly nanometer precision.