SES and RCSC to provide connectivity services in Kazakhstan

David Kosse departs from Netflix as VP of International Film 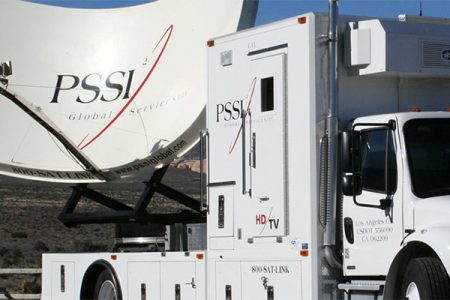 Video programming provider PSSI Global Services has sued the Federal Communications Commission (FCC) over the agencys controversial reorganisation of the C-band spectrum, arguing that the Commission is crippling an entire industry.

The suit was filed on April 28 in D.C. federal court. In their lawsuit, PSSI said that the C-band is the backbone of the satellite video distribution system and the FCCs action reduces that available spectrum by repurposing 60% of it.

PSSI operates a fleet of more than 60 C-band and Ku-band vehicles and provides live event transmission, distribution and programming insert reception, including global satellite communication services. The company said that they are now at risk, especially since their occasional use (OU) transportable operations will be disrupted.

According to filings, PSSI said: The demand for such programming will not change; only the supply of available bandwidth to provide adequate coverage will change under the rules as adopted in the Report and Order, which eliminate 60% of the C-band. That which can already be difficult will become impossible.

In February, the FCC adopted new rules to auction and make available 280 Megahertz of the 3.7-4.2 GHz band available for 5G Services while relocating existing satellite operations to the upper part of the band.

SES-22 satellite to launch on June 29

Satellite capacity for global TV services to be in short supply by end of decade: Euroconsult

Satellite capacity for global TV services to be in short supply by end of decade: Euroconsult