Nokia and Ooredoo team up for 4G/5G FWA in Oman

Season three of B100Ragl, (Be Yourself) has launched on Kharabeesh, a platform for digital creators and the B100Ragl Facebook page. The fictional series is the creation of The Womanity Foundation and its local partners Lapis Communication and Kharabeesh and aims to raise awareness and spark debate around issues relating to women’s roles and rights in the […] 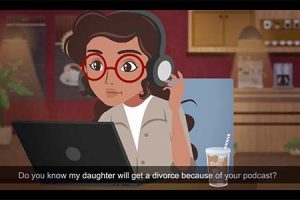 Season three of B100Ragl, (Be Yourself) has launched on Kharabeesh, a platform for digital creators and the B100Ragl Facebook page. The fictional series is the creation of The Womanity Foundation and its local partners Lapis Communication and Kharabeesh and aims to raise awareness and spark debate around issues relating to women’s roles and rights in the Middle East and North Africa. B100Ragl is an Egyptian expression qualifying influential and accomplished women that are said to be worth 100 men. The edutainment programme  combines the use of new media alongside on the ground workshops to give women platforms to be heard in spheres where they would normally be silenced, and provide youth with new tools to communicate, inform and advocate, the release stated.

B100Ragl revolves around Noha, the heroine of the series, who through her work as a journalist, encounters a wide range of social issues which she tackles. Topics explored in season three include the role of men in womens empowerment and those commonly regarded as taboo: divorce, street harassment, equal opportunities, treatment in the workplace as well as messages around female leadership and agency.

The content for this new season was developed through a collaborative process and three-day creative workshop in Amman in 2017, in partnership with Lapis Communication and Kharabeesh.  Egyptian rap-band and supporters of Womanitys work, the Sharmoofers wrote and performed the title song exclusively for season, whilst social media celebrities Iraqi siblings Lowi and Sandra Sahi endorse and promote the show on their platforms.

Commenting on the new season, Yann Borgstedt, Founder and President of The Womanity Foundation said: “The success of B100Ragl S1, as a radio series that broadcasted across the Arab region from Morocco to Saudi Arabia including on our own Radio Nisaa in Palestine, inspired us to evolve and adapt it into an animated digital series. This reached an even bigger audience and was a powerful endorsement of the validity of media as a way of raising awareness around gender-related issues.”

Our aim through this work is to open up a space for debate on some of the challenges faced by women, and at the same time, to focus on their abilities to find solutions and to make valuable contributions to their community, Rafia Qureshi, Executive Director of the Womanity Foundation declared. When it comes to media and womens empowerment, there is a common misconception that we need to empower women to use their voice. We often forget that women already have a voice and more often than not, they just need a platform to be heard. Fiction and entertainment can be an engaging, non-confrontational way to set the scene for constructive conversations about gender dynamics and unconventional issues. Thats how the conversations generated by B100Ragl can encourage men and women to take action and build a more just and equal society, together.