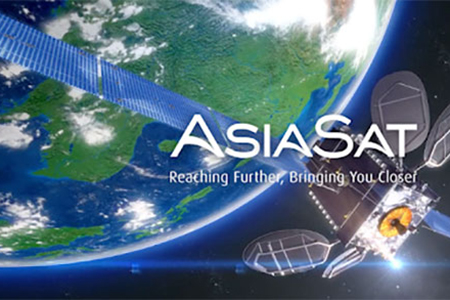 The revenue drop was mainly due to non-renewal of certain customer contracts in mid-2018, and the impact of continued pricing pressures from capacity oversupply in some key markets and increased competition from terrestrial networks, the company said.

Commenting on the interim results,Gregory M. Zeluck, Chairman, AsiaSat said: It is useful to note that satellite remains as the video delivery method of choice in the Asia-Pacific while new terrestrial services such as over-the-top (OTT), video-on-demand (VOD) and subscription video-on-demand (SVOD) continue to operate at a low revenue base. As of now, though the impact of OTT and other digital terrestrial platforms remains limited, we expect them to grow rapidly and the Group will continue to evaluate and explore various opportunities with our customers to provide new OTT services as value added extensions of our existing video distribution services.

AsiaSat ended June with cash flow with cash and bank balances at $119m (HKD 938m). The company plans to pay an interim dividend of HKD 0.18 per share, flat year-on-year.

The proposed privatisation of AsiaSat by way of a scheme of arrangement and delisting from the Stock Exchange of Hong Kong announced on 27 June is subject to approval by the scheme shareholders at the Court Meeting and Special General Meeting on 23 August.