Tunisia to send first woman astronaut to space mission in 2024

Backed by the robotics expertise and heritage of MDA, SSL will partner with NASA researchers to develop systems that will benefit both government and commercial spacecraft 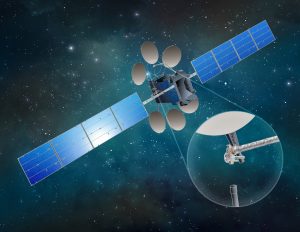 SSL announced that it has been selected by NASA for a multi-million dollar contract to develop on-orbit robotic satellite assembly technology. The project is part of NASAs Tipping Point initiative to work with industry to advance the goals for robotic and human exploration of the solar system through the development of critical space technologies.

Backed by the robotics expertise and heritage of MDA, SSL will partner with NASA researchers to develop systems that will benefit both government and commercial spacecraft.

NASAs Tipping Point program enables SSL to qualify new technologies for the commercial market while at the same time providing advances for future NASA missions, said John Celli, president of SSL. Satellites assembled on-orbit using our integrated robotics capability will be capable of higher performance than satellites that can be launched today. An added benefit will be antennas that can be moved and changed during a satellites mission life for flexibility and to accommodate changing market requirements.

SSL is the only US manufacturer with the ability to build on robotics technologies proven on the Space Shuttle, the International Space Station and the Mars lander and rovers, and to fully integrate that technology with its world leading communications satellite platform.

The Tipping Point program builds on SSLs DARPA funded Dragonfly study to take the concept to a ground demonstration. A separate contract award to take the project to a flight demonstration would be required. The Tipping Point selection positions SSL well as a leader in technologies and systems for more complex in-orbit assembly as part of a future ecosystem that will enable deep space exploration, habitats and missions.

AsiaSat 9 to launch aboard ILS’ Proton

Amazonas 5 arrives at ILS in Baikonur